Welcome to our ultimate Nissin DI466 review that we have decided to publish after seeing so many people reaching out and asking for advice on the flash unit. Unfortunately, just like many of the other Nissin products that we have featured on our blog, we would NOT recommend that our readers purchase the DI466.

There is a reason that it has such a poor reputation within the community and we personally feel that it is massively overpriced considering the level of performance the flash unit offers you. We personally feel that you would be much better off picking up something like that Neewer NW620 (Click here to check for product prices and availability) that is cheaper than the Nissin DI466 while also offering better performance and reliability.

We have seen people reporting a ton of problems with the Nissin DI466 ranging from it simply not working right from unboxing the product, to it being unreliable, to its performance being poor for its price point in the market. We will still review the flash unit as full but we just wanted to get all of this out the way early in the article to save our readers reading a full article just to have us say it is not worth your time or money at the end and recommend the Neewer NW620 instead. The photograph above shows the control and interface system for the DI466 flash and as you can see, it is very basic similar to what cameras in the sub $50 price range usually come with and in our opinion, is far outclassed by the competition at this price point in the market. Not only is it a little clunky but the control panel also limits what you are able to get the flash unit to do for you making it a pain to get tweak the performance of the flash to match the requirements for your particular session.

In addition to this, the buttons have that strange cheap feel to it and although we would be able to overlook this if the flash unit had some other strong points going for it, in the case of the Nissin DI466 we feel it is just another reason to avoid the flash unit and go with something else. As we touched on earlier there are a number of reports like this one from independent photographers who have given the flash a chanced but it failed to power on and they end up going with something like the Godox TT350 (Click here to check for product prices and availability) instead.

If the Nissin DI466 does power up for you and you are able to get it working, then you can mount it to your camera body of choice via the standard hot shoe mount that it uses. Thankfully, Nissin used a metal hot shoe mount rather than a cheap plastic one or we really do think this flash would have an even worse reputation than it currently does.

To round off this section, we just wanted to say that for its current price point in the market, the DI466 needs a directional pad with an LCD screen interface system as a minimum in our opinion. This may allow it to compete and keep up with the ease of use and range of customization that the other flash units in its current price point offer and at least stand a chance against the competition.

Another area where the Nissin DI466 has problems is in its performance where there are many reports from independent photographers who have used the flash unit who confirm they had problems with the flash unit before getting rid of it and going with a different brand. For example, this report from a third-party photographer confirms that the Nissin DI466 would simple not activate at times and was a very unreliable flash unit. They go on to say that in the end they got rid of it and ended up going with a Neewer flash unit (Click here to check for product prices and availability) and that they are happy with it.

A number of people have complained that the recycle time on the Nissin DI466 is also slow while also seemingly taking a random amount of time to fully recycle and prep the flash for its next activation. Although the officially listed recycle times available for the flash unit are 0.2 seconds to 4.5 seconds, the flash seems to just randomly choose any time frame it wants and recycle at that rate no matter how you set the flash unit up.

If you are trying to do any kind of paid client work then this can be a total nightmare and knock you off your flow during your photography session resulting in a poor session for you and your client while also likely ending up with a poor image quality on your photographs. In the age of social media, needless issues like this can easily result in people leaving negative reviews for your photography business and start a domino effect that may cause problems for your reputation as a photographer.

The final point that we want to touch on for the performance of the Nissin DI466 is that it is meant to have a range of 200 to 1500 flash activations per set of fully charged batteries. While reading reports from independent photographers to try and find some positives for this flash unit, we were unable to find anyone who reported getting even close to 1500 flash activations from the flash.

The average seemed to be closer to the 250 mark but this could be due to the issues we covered above with the recycle time doing as it pleases and having a direct effect on the battery life the flash can provide you.

As we have already mentioned, something like the Neewer NW620 (Click here to check for product prices and availability) is not only a better all-around flash unit but it is also cheaper, outperforms the Nissin DI466 and has a much better reputation within the community. We can’t stress this enough to our readers as picking something up from the Neewer or Godox rangers will make your life so much easier! The plastics used for the casing of the flash are solid, robust, and pretty lightweight helping to keep the flash unit protected if you are planning on having to travel with it a whole bunch while having it in storage. Additionally, the lighter weight of the flash unit can help you use your camera rig for extended periods of time without feeling aches or pains in your arms. 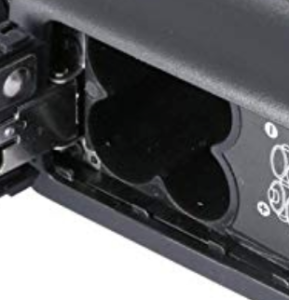 This is due to the 2 by 2 configuration allowing for additional, often avoidable heat transference between the batteries whereas the 1 by 4 set up allows your 4 AA batteries to dissipate any heat that they generate more efficiently. Although we were unable to find any reports from people directly reporting overheating issues, we feel that the random recycle time issue may end up in the generation of excessive heat that the flash unit may struggle to get rid of and lead to overheating issues.

As you can probably tell by our own review so far, the Nissin DI466 has a pretty poor reputation within the community and this made it a total nightmare to find any decent external reviews from third-parties to share with our readers. Most of what we were able to find was simply short form content saying avoid the flash unit at all cost.

That said, we feel that the video above is probably one of the better external reviews of the Nissin DI466 available at the time of writing. You can also click here to read some other third party reports from people who have used the flash unit too.

That brings our Nissin DI466 review to an end and like we said at the start of the article, we feel our readers should just pick up the Neewer NW620 (Click here to check for product prices and availability) instead or consider something from the Godox range. They outperform the Nissin DI466 while also offering a better all-around product that also comes with a lower price tag too.